There’s a reason the School of Accountancy in the Trulaske College of Business has been ranked among the top 10 in the nation in research productivity by Academic Analytics: Faculty are publishing significant findings in top-tier journals on everything from auditor conservatism and its impact on innovation to fiscal deficits and their effect on loan-loss provisions. Here’s a closer look at four researchers and their findings. 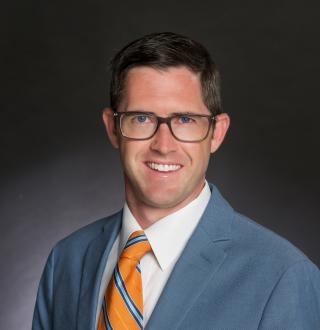 Before Keith Czerney was an assistant professor of accountancy at the Trulaske College of Business, he worked for five years as an external auditor. So it’s not surprising that the Deloitte Faculty Scholar’s research focus is on audit reports.

While looking at dual-dated audit reports — reports that not only include the date the fieldwork ended but also a later date to indicate the inclusion of additional disclosures — Czerney and his colleagues noticed that the second date is often triggered by something that’s called a Type II subsequent event. A subsequent event is an event that occurs after a reporting period but before the financial statements for that period have been issued or are available to be issued. A Type II subsequent event indicates that whatever happened does not yet affect the amounts on the financial statement. Some examples: the issuance of new debt or equity, an acquisition, property loss following the end of the fiscal year.

“Take a hurricane or a wildfire that happens after the company’s fiscal year ends but before it files its financial statements,” Czerney says. “It’s an unpredictable event that can be significantly detrimental to a business. The effect is not going to be reflected in the financial statement as of Dec. 31, but it will have an effect in the future. Let’s at least tell investors about it so they know this has happened and it will have accounting implications for us in the future.”

What Czerney and his colleagues found is that these Type II subsequent events actually do affect the current financial statements — they lower the quality of the financial reporting. Company managers have relatively fixed time and resources to devote to preparing financial statements, and they might also be attending to the legal matter, helping with cleanup from a natural disaster, or involved in issuing more stock or debt. “In essence, they’re kind of distracted and their time is stretched thin or distracted away from their primary responsibility of financial reporting,” Czerney says.

The same is true of the auditor: “If you also have a big event that happens to one of your clients and your office doesn’t have a lot of extra people or has a lot of other stuff going on at the same time, like a number of other audits happening concurrently, it’s going to be more difficult for you to respond to that subsequent event in an appropriate way.”

When managers and auditors are resource-constrained, the quality of their reporting suffers, and the information they give to investors is not as accurate. The researchers found that Type II subsequent events are associated with higher odds of a subsequent restatement. And it’s not the existence or nature of the events themselves that leads to lower post-audit financial reporting quality but rather the timing of the events during the year-end closing process.

“Companies have some discretion about when these subsequent events happen,” Czerney says. “For example, if their attorneys are working on settling a lawsuit and people from management are involved, they have discretion as to when they actually work on it. If they have to file their financial statements at the end of February, why not hold off on settlement negotiations until the beginning of March? Or if they need more money so they can grow their company and they want to issue debt or equity, that’s a very time-consuming event. Does it need to be done during their financial reporting period? Or can it wait until March 15? It’s important for managers to have some awareness that these events do have consequences and can affect the quality of the information that they’re making available to investors.”

The fall of Enron has had significant implications for the accounting profession. The quality of financial statement audits was called into question, and the media and regulators held audit firms responsible. In 2002, President George W. Bush signed into law the Sarbanes-Oxley Act, which created strict new rules for accountants and auditors and imposed more stringent recordkeeping requirements with the goal of promoting the accuracy of financial reporting for publicly held companies. Because of these new litigation and reputational concerns, auditors have incentive to be more conservative in their assessment of their clients’ financial statements. 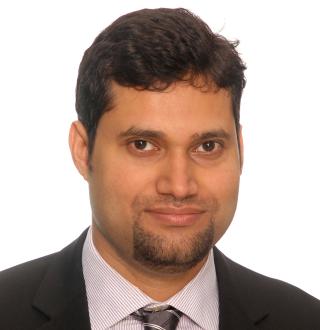 Auditor conservatism has benefits: High-quality audit reports can make it easier for clients to access financing and reduce agency costs. But Mahfuz Chy, an assistant professor of accountancy in the Trulaske College of Business, and his colleague found that there are also costs to auditor conservatism.

“If auditors are more strict, it does help to curb those excesses in accounting — the accounting numbers become more conservative and managers cannot exercise their income-increasing accounting discretion,” Chy says. “But if you’re forcing managers in one way not to exercise their discretion, they are going to try to offset the stringency in another way, which could be even worse.”

The researchers found that when companies experience an increase in auditor conservatism, they reduce investments in research and development by nearly 6%. By reducing their long-term investment in R&D, they increase their current period earnings and meet short-term performance targets. “But that could be even more harmful because you really need innovation in the economy,” Chy says. The firms the researchers studied received approximately 7% fewer patents and 10% fewer citations, and the results were more pronounced when the firms faced greater equity and debt market pressures and had greater litigation risk.

The study, “Real Effects of Auditor Conservatism,” has been accepted for publication in Review of Accounting Studies. 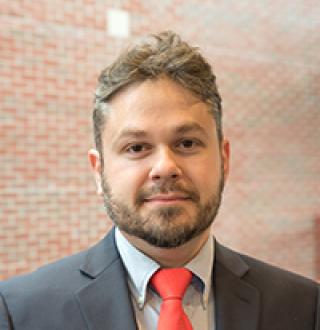 Felipe Bastos Gurgel Silva was in a predicament. The assistant professor of accountancy in the Trulaske College of Business wanted to know what effect a government’s fiscal deficit might have on banks’ credit risk and loan-loss provisions. But unlike a scientist in a lab who measures the effect of a given treatment in a randomized experiment with a treatment group and a control group, Silva couldn’t assign Canada a higher deficit and Mexico a lower one.

“I had to find a new way to disentangle the fiscal conditions of the government from the overall macroeconomic conditions,” he says. “To get something closer to what a scientist is doing in a lab, I needed to find situations where the deficit is increasing for reasons that are unrelated to the business cycle.”

To do that, Silva looked at governments’ military spending, which is related to geopolitical conditions, not economics, he says. “If you spend more with your military, your deficits will increase because you are ramping up government spending and not necessarily ramping up your tax collection as well.” Analyzing data from 39 countries with increasing deficits due to defense expenditures, Silva found that the higher the deficit, the less fiscally stable the government is and the less capable that government is of safeguarding the banks if there is a recession or financial distress in the banking sector.

“Deficits matter for the credit risks the banks face,” Silva says. “It’s better when the government has deficits under sustainable levels because if banks start facing financial distress, the government has a variety of ways to stimulate the economy and to safeguard the banks, either directly by providing bailouts or indirectly by using fiscal policies to stimulate the economy and help borrowers, which, in turn, helps reduce the risk of the bank.”

Silva’s research shows when fiscal conditions worsen, banks increase their loan-loss provisions. But the implications of his research suggest that banks’ provisioning rules should be forward-looking: “When you have a sequence of good years when everybody is doing well and the economy is coming closer to full employment, what happens? Banks set up smaller provisions because they expect to be losing less with their credit portfolios. So whenever a bad outcome actually hits, they won’t be as prepared. What you want is that whenever you have a sequence of good years, you end up over-provisioning so you reserve more for bad years. That way, whenever a bad year comes, you’ll be better prepared to withstand credit losses.”

The study, “Fiscal Deficits, Bank Credit Risk, and Loan Loss Provisions,” has been accepted for publication in the Journal of Financial and Quantitative Analysis. 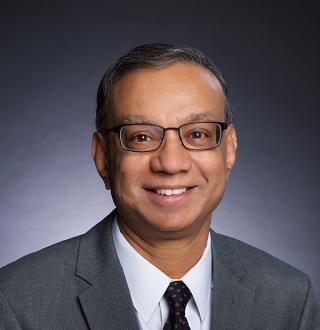 Do PCAOB inspections improve audit quality, or do they not — that is the question Inder Khurana, the Geraldine Trulaske Chair of Accountancy in the Trulaske College of Business, wanted to know.

Before the Enron scandal, the auditing profession was self-regulated. In response to Enron and several other accounting scandals, Congress enacted the Sarbanes-Oxley Act, which established the Public Company Accounting Oversight Board (PCAOB), which inspects auditors of companies registered with the U.S. Securities and Exchange Commission. The Big Four accounting firms as well as accounting firms with more than 100 public clients are inspected annually. Firms with 100 or fewer public clients are triennially inspected. The goal of the inspection, which includes a review of the audit work papers, quality control and tone at the top, is to assess and improve audit quality. But does it?

Khurana and his colleagues – including Nate Lundstrom, PhD, ’19 -- pored over financial statement data. To measure audit quality, the researchers looked at the likelihood of material financial misreporting as well as other more subtle indicators of clients’ earnings management. What they found is that audit quality improvements resulting from PCAOB inspections are stronger for the largest four auditors (the “Big Four”) relative to smaller auditors.

“The Big Four have more of a reputation to protect than a small audit firm, and they also have deep pockets, which results in more litigation exposure,” Khurana says. “As Big Four auditors have more at stake in terms of reputation and litigation risk compared to smaller auditors, it makes sense that their audit quality response is similarly stronger.” Another potential driver of this asymmetric audit quality response to the new inspection regime is inspection frequency. The Big Four are inspected annually, so they have more frequent opportunities for continuous improvement. “We did not find evidence that the smaller auditors improved on par with the largest four,” he says. “One possibility is that their more infrequent interactions with PCAOB inspectors resulted in the inspection process having an attenuated impact on their audit quality improvements.”

Khurana’s research offers empirical evidence on the effectiveness of public regulation: “In the context of the highly concentrated U.S. audit market and the importance of the Big 4/non-Big 4 audit quality differential in affecting a company’s auditor choice and information risk, our results suggest the PCAOB inspection program affected audit quality differently among audit firms.”

The study, “PCAOB Inspections and the Differential Audit Quality Effect for Big 4 and Non-Big 4 US Auditors,” is forthcoming in Contemporary Accounting Research.