These Trulaske College of Business researchers might be working from home, but that doesn’t stop them from looking into the workplace. Recently published or forthcoming in top-tier journals, their findings inform the way we think about diversity, hiring, CEO pay and company culture. 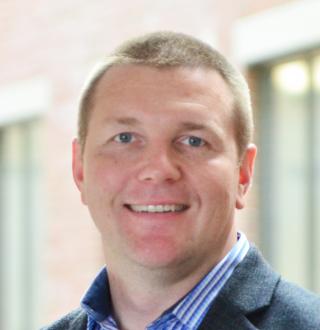 Adam Yore’s most recent discovery was an accident. The assistant professor of finance in the Trulaske College of Business was investigating director compensation on corporate boards at S&P 1500 companies. While controlling for confounding factors like race and gender, Yore and his colleagues stumbled across something — and it was more “That’s funny … ” than “Eureka!”

There was a large discrepancy in pay for female and minority board members. “At first when we were looking at this, we said, ‘Well, that can’t be right,’” Yore says. “We were inspired to dig deeper.”

In an analysis of 2,000 public firms, researchers found that there is indeed a pay gap — and it’s because leadership roles on those boards, which typically come with additional compensation, are dominated by white men.

Throughout an 11-year period beginning in 2006, the percentage of female and minority directors substantially increased. However, these diverse directors were significantly less likely to be appointed to board leadership roles, specifically as non-executive chair of the board, lead director or chair of one of the four major committees, such as audit, compensation, nominating or governance. “Compensation was the tail wagging the dog,” Yore says.

The researchers found no evidence that females and minorities were less qualified or that they did their jobs any less effectively. In fact, they were often more qualified than their white male counterparts. Yet white men were still around 30% more likely to be given leadership roles. And these leadership roles are not only prestigious. They’re also positions of power.

“What we found is that when these diverse directors are passed up for positions, they’re more likely to leave the board,” Yore says. “You can imagine: You want to be on a board to make a difference, but you’re not being put into positions of power to make that difference. Then you feel disenfranchised and decide to step down. If we want to encourage representation on boards, yet when they get on the board, they’re not being allowed to do anything and that’s causing them to leave, we’re shooting ourselves in the foot.”

To reduce the leadership gap, Yore says, companies should have formal diversity policies and diverse representation on their nominating committees. The study, “At the Table But Can’t Break Through the Glass Ceiling: Board Leadership Positions Elude Diverse Directors,” is forthcoming in the Journal of Financial Economics. 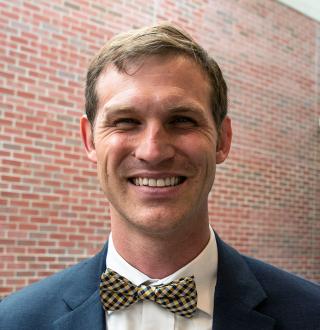 Every year companies send recruiters to campus to attract applicants and hire top student talent. And every year the recruiters use social media to screen candidates during the hiring process. John Arnold wanted to know: Is social media helpful in predicting future job performance?

To answer this question, the assistant professor in the management department at the Trulaske College of Business and his colleagues conducted a multistudy investigation. In the first study, the researchers analyzed what type of content is available on job seekers’ Facebook pages. In addition to information about education, work experiences and extracurricular activities such as volunteering or athletics, social media sites also reveal demographic variables and other personal information that is not work-related.

Next, the researchers looked at whether recruiters were affected by this information. “Unfortunately, some of that type of information was related to recruiter evaluations,” Arnold says. For example, job applicants who were single received lower ratings than those who were in a relationship or married. People who displayed information about their religion were evaluated less favorably than those who did not. “As you might imagine, negative behaviors such as profanity or drug use negatively impacted recruiter evaluations of applicants as well,” he says.

Given that 70% of employers use social media to screen candidates during the hiring process, the final thing the researchers investigated was whether training could influence or improve the  ways in which recruiters evaluate social media profiles. They provided recruiters with structured evaluation forms and trained them to focus on job-relevant characteristics — education, work-related training or skills, and written communication skills. But even that didn’t improve recruiters’ ability to make better predictive evaluations of applicants’ future job performance or intention to leave their job.

This research suggests that screening social media profiles during the hiring process is not only not useful — it can also reveal protected class information, which can open companies up to discrimination lawsuits and breach of privacy claims.

“Unless there is more promising evidence that comes up in the future, I’d recommend recruiters and hiring managers not assess job applicants’ social media pages,” Arnold says. “And if you’re headed onto the job market, make sure you take a close look at your Facebook profile. Clean it up or get off of Facebook.”

The study, “What’s on Job Seekers’ Social Media Sites? A Content Analysis and Effects of Structure on Recruiter Judgments and Predictive Validity,” appeared in the Journal of Applied Psychology. 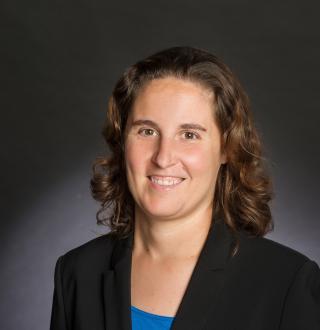 Andrea Pawliczek has always been interested in executive compensation. Typically, CEOs are paid with equity as well as cash bonuses that are linked to their company’s performance. Recently, a new type of compensation has become more prevalent — and it’s pretty complex. Known as performance-vested stock awards (PVSAs), this new compensation strategy combines the two payment options: The CEO is paid in stock, but the number of shares the executive receives is based on how the firm performs.

“If you want to see your firm perform well, if you want to encourage your CEO to take a particular action, how they’re compensated is going to matter,” says the assistant professor of accountancy and BKD Faculty Scholar in the Trulaske College of Business. “Seeing this new type of compensation that was very complicated, I started diving in, wanting to understand more about it.”

The big shift to PVSAs came after the 2010 Dodd-Frank Act, which requires listed public companies to hold periodic say-on-pay votes, in which shareholders get to vote on whether they approve the CEO’s compensation plan. “Since that time, there has been a push to have more performance-sensitive compensation to make sure compensation is really tied to performance,” Pawliczek says.

One of the challenges with performance-vested equity is that the difficulty of performance targets is not easily determined using disclosures. If an investor wants to know how much a CEO’s salary is, for example, it will be disclosed in the same table in every firm’s proxy statement. The same is true for cash bonuses. “For performance-vested equity,” Pawliczek says, “the CEO gets granted a target number of shares, but the value reported is an estimate of how much the award is actually going to be worth. And how much it’s actually going to be worth is going to depend on how the firm performs after it’s granted. Most firms are disclosing this information — it’s just sometimes in Footnote 37.”

To fully understand how much CEOs are actually making, Pawliczek hand-collected five years of realized share payouts for PVSAs from the proxy statements of S&P 500 firms. What she discovered is that CEOs are making, on average, 15% more than the target amount reported. “I’m not taking a stand on whether CEOs are paid too much or too little,” Pawliczek says. “But if you really care about what one firm’s CEO is getting paid, you should not be relying just on the target number. You should be looking up the actual payouts.”

The research also suggests that companies should provide or the U.S. Securities and Exchange Commission (SEC) should require enhanced disclosures that would help investors see the actual payment information. “If you’re an investor, you have to have full information,” Pawliczek says. “If you don’t have quality information, you can’t make a rational assessment.”

The study, “Performance-Vesting Share Award Outcomes and CEO Incentives,” was published in the American Accounting Association’s The Accounting Review. 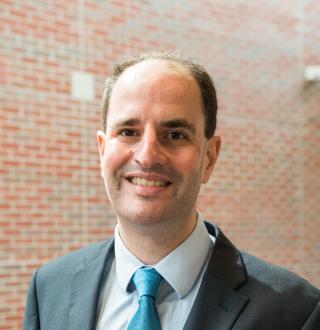 A lot of research looks at the CEO and the role they play in corporate misconduct. In response to the widespread wrongdoing at large corporations over the past few years, Fred Bereskin and his colleagues started to wonder what role employees and board of directors play in the mitigation of misconduct.

“We’re now beginning to apply much of what we know about culture to the finance and accounting literature,” says Bereskin, an assistant professor of finance in the Trulaske College of Business. “We looked into the effects of culture on fraud to see whether culture is something that manifests itself across all dimensions of the firm — firm employees to the executive to the board.”

The researchers discovered that prosocial employees and directors — people who have ties to their community, who have social and civic associations, who are aware of the social harm of the misconduct — are associated with an increase in whistleblowing and forced chief executive turnover. Bereskin offers an example of a prosocial employee: “We note the case of Theranos in our paper; one of the employees, Tyler Shultz, said that he ‘wanted to expose the problems to protect the health of patients.’”

The researchers also found that firms with socially minded employees and directors are less likely to engage in misconduct, which they defined as being subject to SEC enforcement action, announcing a negative accounting restatement or being subject to class action litigation.

“All of these things together show that if the firm is more prosocial, it affects all of these dimensions of misconduct from the employee level to the executive to the board,” Bereskin says. “We’re showing that if there is a culture, it should manifest across the firm. So it’s important to understand the benefits of being prosocial: You’re less likely to be involved in misconduct.”

This paper is one of the first to examine how prosocial employees and directors are associated with the likelihood and mitigation of misconduct. “It’s an important aspect of culture that hasn’t been examined previously,” Bereskin says.

The study, “Whistle Blowing, Forced CEO Turnover and Misconduct: The Role of Socially Minded Employees and Directors,” was published in Management Science.