By Joel Andrus and Dave Sullivan

Gender bias in the workplace continues to negatively impact millions of women. Despite persistent challenges, there have been signs of progress over the past several decades (Eagly et al. 2020). However, there is still much to be done. Reducing gender bias in the workplace not only reflects the path forward to developing more equitable workplace environments, but it also has numerous benefits, including increasing company productivity and the overall economy (Dabla-Norris and Kochhar 2019). This occurs, in part, because reducing gender bias (along with other forms of bias) and developing organizational cultural norms where women are supported and encouraged helps organizations attract and retain key talent (Appelbaum and Milkman 2015, Mansour and Tremblay 2018).

Some positive examples of improvement include the emergence of new technologies and social platforms that make it easier for women to gain funding for their business via crowdfunding (Greenberg and Mollick 2017, Johnson et al. 2018). We also have seen increased numbers of women entering and graduating college, which is a good sign, overall.

Although the focus of this article is on gender bias and women — in general — it is important to realize that bias does not affect all women equally. A woman’s race, ethnicity, age, sexual orientation, or even disability, can compound the effects of gender bias. For example, Black women are 2.5 times more likely than white women to hear a co-worker express surprise about their capabilities (Lean In.org, 2021). Therefore, the suggestions we provide below help reduce the negative effects of bias, in general — but because of gender bias’s complexity, we encourage you to customize your approach to reducing bias to meet your specific context and situation.

What can leaders do to make the workplace better for women?

First, it is important to understand that gender bias has a large impact on the underlying culture and values of an organization. The values and culture that leaders promote send signals about their priorities for a safe and inclusive organization. These cultures should support the valuation of individuals based on their abilities and contributions — not based on their demographic characteristics.

Unfortunately, through centuries of socialized norms and the development of cognitive heuristics — which help simplify implicit decision-making processes — our perceptions of the “ideal” worker can, unintentionally, limit opportunities for women unfairly. These implicit processes are reinforced through socialized norms and stereotypes depicting appropriate behavior for men and women in particular social roles. The influence of these stereotypes is particularly strong in industries such as healthcare, where longstanding norms have promoted women entering lower-level positions (e.g., clerical work or entry-level nursing positions) while promoting men into higher-level leadership positions (e.g., doctors and higher-level management).

For many businesses, the ideal worker is seen as someone who is always available and is willing to sacrifice family and personal interests to help grow the business. These expectations are generally not sustainable, but are particularly harmful to women, who often bear a greater responsibility for providing care to family members and need greater work-life flexibility (Rasmussen et al. 2021).

Changing the culture of your business to encourage flexibility and creativity, rather than inadvertently promoting rigidity and inflexibility, can make it much easier for women to care for their families. However, flexibility is also appreciated by all workers and overall it can increase satisfaction among employees (Carlson et al. 2010).

For example, we have a colleague who is a single mother raising a child with a developmental disability. The child requires numerous therapy sessions from a variety of healthcare professionals, which she generally has to schedule a full weekday for. Through coordination with her managers, she’s provided the ability to complete missed work over the weekend. By providing her the flexibility to work from home more often, as well as to complete family tasks throughout the normal work week, she is able to remain productive and engaged in her career — and likely more satisfied. Unfortunately, it is easy to imagine a similar scenario where such arrangements would be frowned upon because the stereotypical model for the ideal worker portrays a more agentic-prototype (i.e., one where someone [probably a man] does not have the same childcare responsibilities).

The simple, yet often overlooked, opportunity to provide flexible work arrangements is just one example where HR functions can provide a practical solution to reducing gender bias in the workplace. An important caveat to this suggestion is that the organizational culture must actively support workers to take advantage of flexible work arrangements — and not “shun” those who do so.

Another way in which organizational culture can support women (and reduce bias) is through the promotion of data analysis and data transparency. Specifically, by analyzing the patterns or trends that are impacting people in your organization, you can better understand where to focus your efforts on reducing bias’s impact.

For example, comparing performance reviews between genders in your organization can expose whether there are statistically significant differences between the performance management outcomes for men versus women. Certain behavior — such as being aggressive with goals or persistent on organizational changes — are often viewed positively for men but negatively for women. For example, 66% of women are told in performance reviews that they are abrasive, while just 1% of men are given similar feedback (Snyder 2014).

Data analysis can also benefit critical recruitment and selection actions. We encourage you to consider reviewing which gender is more consistently making your short list of candidates, and furthermore what compensation packages are being offered or negotiated. On average, women receive less pay for their work than men (Payscale 2021), and women are less likely to negotiate for higher salaries than men (Leibbrandt and List 2015). Understanding what is happening in your organization will help you provide equal pay for equal work as well as increase the number of women who are provided an equal opportunity to be employed or promoted in your organization.

An additional way to benefit the culture in your organization is to have frank and open conversations about gender bias when you see it. When leaders or managers hear examples of gender bias (or other forms of bias), it is critical that they act to let the speaker know what happened and why it is not okay. The simple, yet pervasive, act of complacency perpetuates the belief that biased actions and thoughts are the expectation and norm. While it is important to maintain a positive work culture, it’s more important to create a psychologically safe work climate in which employees understand that biases are harmful and not acceptable. The context will dictate whether this correction is better done in the moment, publicly or later during a one-on-one conversation. As leaders consistently educate and set an example for their employees, they will provide a powerful message regarding prioritized values for the organization, and thus the value of each employee regarding of gender.

Improving or changing organizational culture can take time, but it is important to note that this is not “just a women’s issue.” Rather, it is critical for men to participate in this process if we truly aim to reduce gender bias’s impact (Lean In 2021). Male allies to reducing gender bias can provide substantial support to female colleagues through support and inclusion (Johnson and Smith 2021). This is particularly important as men typically hold most leadership roles in many organizations. We need more men to speak up when they see inequity, but we also need more men to support women, such as when female colleagues provide good suggestions. If the organizational culture is implicitly biased, these comments can often be dismissed or overlooked during team meetings. By being more vocal in the praise of others — particularly supporting women and other minorities within the workplace — men can help be a solution to creating more equitable and supportive work environments (Johnson and Smith 2018).

How does gender bias impact recruitment and promotion?

Research and practice both indicate that gender bias often occurs during recruitment and promotion, as it influences the way we perceive the competence and potential of individuals. For example, men are much more likely than women to be hired for their potential, while women are held to a higher standard than men (Brandon and Temple 2007). Additionally, as previously mentioned, men are much more likely to negotiate salaries than women — particularly in ambiguous hiring situations when it is not explicitly clear if salary negotiation is possible (Leibbrandt and List 2015).

When beginning the recruitment and promotion process, here are some tips to help limit gender bias:

What can I do to change my situation?

Although gender bias does limit women in many instances within the workplace, it’s also important to realize when the limiting factor may be our own perspective. One of the consistent themes we’ve heard from the women about their experiences in the workplace is the importance of being aware of how they perceive themselves. While having confidence is something anyone can struggle with, on average, women are more likely than men to lack confidence in themselves. A lack of confidence can keep individuals from pursuing opportunities such as a promotions or new jobs, and ultimately can limit the success and fulfillment we have in our lives. Books such as The Confidence Code by Katty Kay and Claire Shipman suggest that it is important for us to understand that a lack of confidence not only changes how we see ourselves, but it also impacts whether others have confidence in us.

Part of gaining confidence involves taking a leap of faith and working towards a goal. Confidence does not come after we master something; it happens along the journey as we first start, and then keep going — especially when we triumph over obstacles to our progress. As we continue to push forward, in spite of our doubts, our confidence will grow and spill over into other areas of our lives. We’re not suggesting that we be over-confident (which can be harmful), but what we are suggesting is that we should encourage each other to be more confident in our ventures — particularly for women. It is important that we learn about ourselves, and through these reflective processes, we push forward and develop confidence in our own abilities.

Do what is in your power (and try to avoid ideals of “perfection”). Sometimes, the best thing we can do for our progress is to quell the “voices inside our head,” stop feeling like an impostor and seize every opportunity. This takes time and effort, as well as help from others, but it can be done. 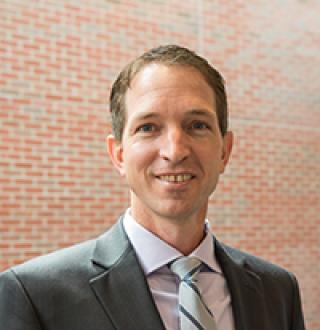 Joel Andrus is an assistant professor of management at the University of Missouri Robert J. Trulaske, Sr. College of Business. 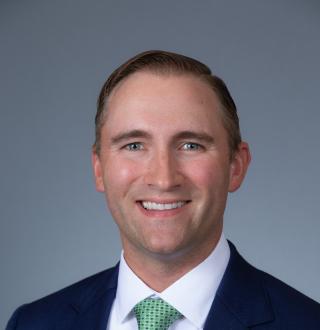 Dave Sullivan is an Assistant Professor of Management at the University of Houston C.T. Bauer College of Business.

Brandon PD, Temple JB (2007) Family provisions at the workplace and their relationship to absenteeism, retention, and productivity of workers: Timely evidence from prior data. Australian Journal of Social Issues 42(4):447-460.

Kay K, Shipman C (2014) The confidence code. The science and art of self